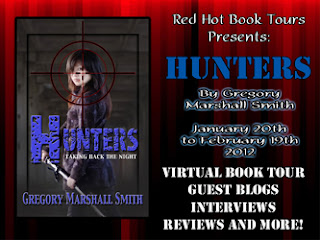 Today I have the pleasure of hosting Gregory Marshall Smith, the author of Hunters. I will be posting the review soon, as it isn't on this post. In the meantime, enjoy the excerpt. :) 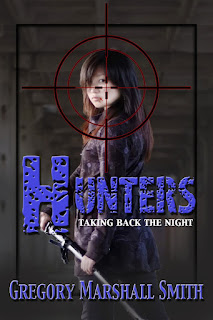 Hunters
By Gregory Marshall Smith
Format:  Kindle Edition
File Size:  459 KB
Publisher: Red Hot Publishing;
Date of Publishing: August 13, 2011
ASIN: B005HAA7AQ
Once, Lin Tang was a naive teenager, keeper of an ancient mystical art on an isolated mountain in China. In one rebellious moment, she left her home for the bright lights of Shanghai. Just as quickly, her naïveté turned her into a creature of the night, concubine for one master after another until she fell into the hands of Louis Riordan. Then, after many painful hours of training with sensei Lo Chang, she transformed herself into Riordan’s lethal enforcer and one of the most feared vampires in North America. 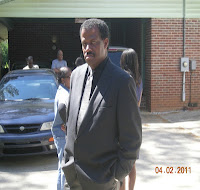 About the Author
Gregory Marshall Smith, raised in is a decorated Navy veteran and 30-plus year journalism vet. He is the author of the novellas Crawl, Slow Boat to , The 11th Hour and They Call the Wind Muryah, along with two anthologies. His short stories have appeared in Farspace 2, Ikiryō, Starlight, Yokosuka Nights, Writer’s Bump, Far Side of Midnight, True Horror, Separate Worlds, Mini-World and SFH Dominion, among others. Hunters is his latest novel.
Never married, he currently resides in South Carolina where he hosts a radio show, acts in movies and television, volunteers and covers black college sports.
Gregory welcomes email and you may contact him at greg@redhotpub.com.
You can also find him online at the following places: