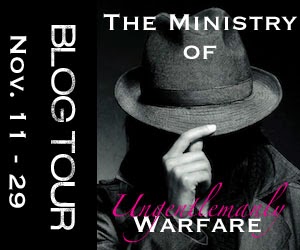 Today I have Alesha Escobar touring her three books in the Gray Tower Trilogy. Magic. Espionage. You got it in this books. Alesha is also doing a giveaway, the Rafflecopter is located at the end of this post. 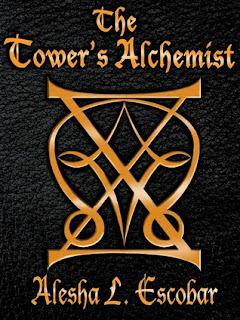 The Nazis have unleashed occult forces throughout Europe and the Allies are forced to recruit and employ wizards to counter their attacks. Among them is the battle weary spy, Isabella George, a Gray Tower dropout trained in Alchemy. Longing for retirement and a life of peace, she accepts one final job-extract a deadly warlock from Nazi occupied France and prevent him from unleashing an alchemical weapon that will devour the continent.

But France is crawling with the Cruenti, vampiric warlocks who feed off other wizards. When things don't go according to plan, one Cruenti sets his deadly eyes on her.

Betrayal is everywhere. Even some of her closest allies cannot be fully trusted. Worse still, she finds, she can't even trust herself. She becomes a woman torn between her charismatic spy lover who offers her what she desires most, and one of her closest confidants, whose soft seductive eyes hold deadly secrets about her past, and the Gray Tower itself.

Plans within plans. Plots versus counter plots. Heists gone wrong, sword-wielding Catholic priests, and the greatest manipulation of history that has ever been seen, is just a taste of what Isabella George is in for, in her final mission 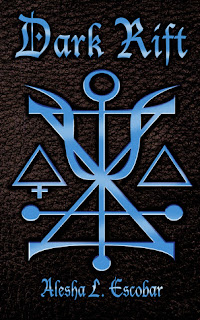 A Time Wizard who will be the damnation of many...

The world already suffers a bitter taste of hell on earth, in a World War II where Nazi warlock vampires battle with Gray Tower wizards in the streets of Europe and in the shadows.

The Gray Tower, in its quest to stabilize a world that hangs on a delicate balance, has issued an order: Kill the Drifter.

Isabella George, an alchemist trained by the Tower, knows the identity of the Drifter and refuses to go through with it, because it hits too close to home. Instead of executing the Drifter, she protects the Time Wizard at all costs and ensures that the power to control Time never falls into the wrong hands.

She sets out to lift the severe decree of the Gray Tower, and prove to the Master Wizards that the Drifter is the only way to win the war. As Isabella unmasks traitors and embraces unlikely allies, her greatest danger may lie in her own heart--from the brutal desire for revenge, to the crushing guilt she carries...and the dangerous passion she tries to deny when she’s with one man in particular.

As she attempts to sort things out both in her heart and head--and not mix up the two, a figure from her past comes along and makes an enticing offer to solve all her problems. The only payment required is her soul 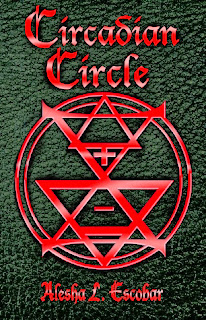 Nazi warlock vampires, a rampaging Black Dragon, Vatican wizards, demonic corruption, and a Time Wizard gone mad. In this gripping, action-packed conclusion to The Gray Tower Trilogy, things go to hell in a hand basket -- and the world will never be the same.


a Rafflecopter giveaway
Posted by Cecilia Robert at 07:25 4 comments: