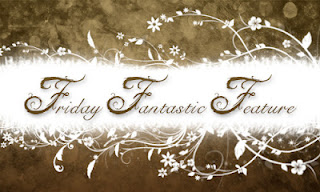 Today I'm really, really excited to have Kevis, a very dear friend and author, here on my blog. His books include the Middle Grade novel The Legend of Witch Bane,The Rogue Hunter Series, The Lay of Gilthol and Kirðral,

Kevis Hendrickson is a musician/illustrator with aspirations of spending his days guzzling drinks like Ernerst Hemingway between writing/directing blockbuster movies and novels. He currently lives in the Magic City where the weather is hot and the women even hotter!

CeCe:  Welcome, Kevis Please tell us your name.(officially that is :) )

CeCe: What project(s) are you currently working on?

Kevis:  I've got a slew of projects that keep me quite busy ranging from fantasy to horror. But my flagship franchise, Rogue Hunter series, is getting the bulk of my attention right now. I've got a lot riding on Rogue Hunter and know I have to deliver a series of blockbuster novels if I'm going to take my writing career to the next level. Nothing's being left to chance. From the story, to editing, artwork, and promotion. Everything will be fine-tuned by the time the first of the new books are published.

CeCe: What inspired you to write your first book?

Kevis: Though I've never brought much attention to it, my first published book, The Legend of Witch Bane, was inspired by the murders of several young children that took place around 2005-2006. Children are the most precious things in the world and I was enraged over the senseless abuse and killing of innocent children. Under the spit and polish of fairy tales in my book lies a very subtle, but powerful message for both children and adults. Anyone who looks deeply enough will uncover my call to arms to fight to protect the most vulnerable and precious resource we have. Our continued failure to keep children safe will only diminish humanity as a whole. At the end of the day, without children, we don't have a future.

CeCe:  That's very true, Kevis. And I totally agree with you about children being the future. Which genres do you write?

Kevis:  I mostly write Speculative fiction. But at heart I'm a dramatist. My stories aren't about robots, knights, dragons, or wizards even though they often frequent my stories. My tales are about people. If you want to know what makes a rocket ship tick, look for the other guy's book. Where my passion lies is spinning yarns about interesting people placed in extraordinary situations and how they react to a given crisis. :)

Kevis: As a rule of thumb, I come up with a name for a character, then try to figure out afterwards who the character is. When I was younger, I would create lengthy character bio sheets detailing character physical and mental attributes. Nowadays, I simply allow the character to flourish in my mind. I generally know everything about my character before I even write one word of my story. Of course, by the time the story is written, I know them in even more detail.

The best part of being a writer for me is creating characters and watching them come to life on the page. I learned a long time ago that the best way for me to write a story is to get out of my characters way. All I have to do is sit back and let my characters do their thing. I'm just a journalist who reports what I see.

CeCe:  What is your writing style like? (more description, dialogue…)

Kevis:  As I mentioned before, I'm a dramatist in the classical mode. I'm all about dialogue. I've always said that if given the chance, I'd write all my novels using nothing but dialogue. Writers are always told that showing is better than telling and nothing does that better than dialogue!

CeCe:  Have you ever hated a character/ a story you wrote?

Kevis: That's a good question. I don't think I've ever hated one of my characters, even though I do think some of them are quite despicable. Queen Rhiannon from The Legend of Witch Bane is probably the vilest of the lot since she slaughters little girls to stay immortally young. She would probably get my vote for my most hated character, except I know she has the most tragic past of all my characters. It's actually a quite sad tale and the reason why I'm hesitant to say I totally hate her. Maybe I'll get a chance to share that tale with the world one day.

Kevis: The latest Rogue Hunter book I'm working on right now (book 3 of a trilogy) is a futuristic dystopian urban drama based on the exploitation films of the 60's and 70's. It's a very harsh story with a seedy cast of characters. I'm literally watching hundreds of old movies to help me match their tone of gritty storytelling. My stories to this date have been pretty much PG. But this book is a stark deviation from what readers have seen from me so far. Though it's visceral at times, I think I'm going to pull a few heartstrings with the subject matter. This is one of the books I'm really looking forward to publishing most.

CeCe:  What project are you promoting?

Kevis: To be honest, I'm so immersed in my current projects, that there isn't very much promotion going on.

CeCe: Where can readers and fans find you (online that is)

Kevis: Anyone who wants the scoop on me or my projects should visit www.kevishendrickson.weebly.com.


Thanks for hanging out with me on my blog, Kevis. :) Good luck writing Book 3 of the Rogue Hunter Trilogy. I look foward to reading it.
Posted by Cecilia Robert at 03:30 4 comments: