Another Tuesday, another Tale. This week's prompt is 'Life'.  This excerpt is a continuation of last weeks prompt. To check out other brilliant stories from other authors: Tuesday Tales


Here is an excerpt from my WIP: Working Title name: Ties Unbound


My eyes snapped open. How had we gotten to the front of the church so fast? It felt as if time was against me, and was eager to unite me with my intended husband. My fingers gripped my father’s arm tighter. He winced, and tried to pry my fingers off his arm, murmuring comforting words that flew past my ears.

My eyes darted up and to my right. Andricalle stared back, his eyes pools of silver. There was no smile in sight.

Was this the man I’ll be spending forever with? The guy didn’t even bother to smile on his wedding day. I mean, what kind of man couldn’t afford a smile on such a special day? Unless…. Unless he was either being forced, or marrying out of necessity. Somehow, I sensed the latter was the case.

My life had just taken a whole new meaning to the word ‘hopeless’. A hopeless life, a hopeless marriage.

The soft rustling of the veil whispered around me, and I glanced up. My father lowered his face and kissed me on the cheek, his eyes gentle and kind and shining.

Don’t do it, papa I begged him silently. Please don’t. I might not be able to hold it together if I see a single tear from you.

As if he understood my plea, he smiled. Lines fanned out the corner of his brown eyes. He leaned forward and brushed a soft kiss on both my cheeks, and pulled back.

“I’m proud of you, sweetheart. You are strong and beautiful in every single way.” He squeezed my arm before looking up to Andricalle’s unreadable face.

Andricalle moved to my side, his eyes holding mine for just a second, then shifted to my father.

“I put my daughter’s life in your hands, Andricalle.” His voice was stern, and rippled with power, a representation of who he was. The King of Centuan.

Andricalle gave a curt nod, unperturbed. Damn! Was this guy carved from ice?

Right before the veil fell back in place over my face, and my father walked away, my soon-to-be husband swung his grey gaze lazily back to me. His eyes glided over my face, down my neck, skimming my dress – the dress he had chosen - to my toes poking through my slippered feet, and then back up.

Oh why don’t you just toss me into the pits of hell already?

Something flickered in his eyes, animating them. But his lips remained a unmoving. The veil finally settled over my face. I exhaled gustily. From the corner of my eye, I glimpsed Andricalle, all straight-backed, calm and impassive tilted his tall body forward. He gave the aged vicar – my uncle Theon a faint nod. Yes, a complete family affair.

The vicar cleared his throat, his eyes darted from Andricalle, then to mine, and winked. My jaw hit the floor. “We are gathered here to witness –“

My mind drifted, contemplating my life from here onwards. Uncle Theon’s voice became a monotonous noise in the background. A life over four hundred kilometres from my home, from my friends and family.


Thanks for taking time to stop by and reading. As always, comments/feedback on what to improve are welcome. (The story is still WIP. There are grammar, typos etcs :) )
Posted by Cecilia Robert at 09:27 4 comments: 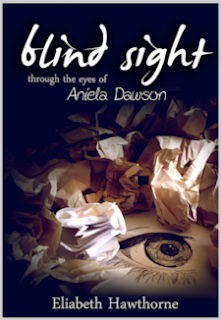 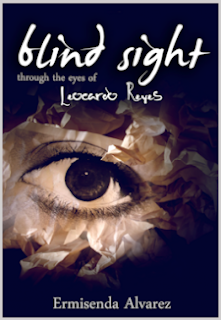