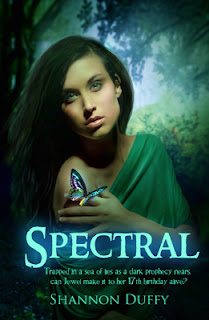 Convinced she’s a part of the witness protection program, sixteen-year-old Jewel Rose is shuffled around the globe with her family like a pack of traveling gypsies. After arriving at lucky home twenty-seven, she stumbles upon a mysterious boy with magical powers claiming to be her guardian . . . and warning of imminent danger. Despite the obvious sparks between them, Jewel discovers a relationship is forbidden, and the more she learns about dark, brooding Roman, she begins to question who she can even believe — the family who raised her, or the supposed sworn protector who claims they’ve been lying to her all along.

As she struggles to uncover who her family has really been running from, she is forced to hide her birthmark that reveals who she is. With new realities surfacing, unexplained powers appearing, and two tempting boys vying for her heart, Jewel battles to learn who she can trust in an ever growing sea of lies, hoping she’ll make it through her seventeenth birthday alive.
My Review

Jewel and her family have been moving from place to place all her life. In each destination required a fresh start complete with change of names. All she knows is what her parents have told her: escaping the mob. One night she overhears a conversation which changes how she perceives things, and finally finds out who she is. A Spectral: Like the ultimate witch. She also gets to meet a boy, Roman, who says he is her guardian, but later finds out that is not the case. There is more than meets the eye where Roman and his coven in Italy are concerned. Thing is, although getting involved with her is forbidden, he's determined to protect her from anything and anyone who poses a threat. He does a very good job, and even suprised me a couple of times. Definitely a guardian worth having around. :)

Overall Spectral was a great read. To see Jewel discover who she is, who she can trust, how she eventually accepts who she is. The book takes you from Florida to Russia and eventually Italy.(to one of my favourite seasons. The Carnival, which is something worth seeing in Venice)
There is also a love triangle:  Chase, Roman and Jewel. It was good to see her follow her heart on that one :) 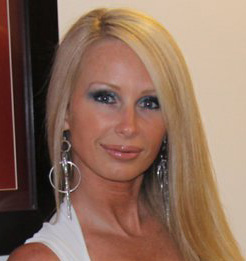 Shannon Duffy writes young adult and middle grade fiction. She grew up on the beautiful east coast of Canada and now lives in Ontario, Canada. She is the mom of one boy, Gabriel, her angel. She loves writing, reading, working out, soccer, and the sport of champions-shopping. She is the author of the young adult paranormal romance, SPECTRAL. Her upcoming middle grade fantasy novel, GABRIEL STONE AND THE DIVINITY OF VALTA is scheduled for a January 2013 release.