Tell Me When By Stina Lindenblatt --Pre-release Blitz

TELL ME WHEN
By Stina Lindenblatt and Carina Press
Coming January 20, 2014 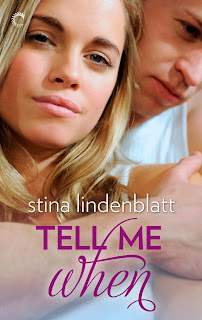 Amber Scott should be enjoying life as a college freshman. She should be pursuing her dream of becoming a veterinarian. She should be working hard to make sense of her precalculus math class. She shouldn’t be waking up her college roommate with screaming nightmares. She shouldn’t be flashing back, reliving the three weeks of hell she barely survived last year. And she definitely shouldn’t be spending time with sexy player Marcus Reid.   But engineering student Marcus is the only one keeping Amber from failing her math course, so she grudgingly lets him into her life. She never expects the king of hookups will share his painful past. Or that she’ll tell him her secrets in return, opening up and trusting him in a way she thought she’d never be able to again. When their fragile future together is threatened by a stalker Amber thought was locked away for good, Marcus is determined to protect her. And Amber is determined to protect Marcus…even if that means pushing him away.

Amber
I glance back at Emma, who’s busy looking through a rack of fleecy pajama bottoms, then walk out the store and into the solid wall of a person.
“Kitten,” the wall says as I step back. Marcus’s gaze jumps to the store’s name and his mouth slides into an amused grin. “You don’t need to get sexy underwear for our tutoring sessions, but I won’t say I don’t appreciate it.”
“Ass,” I mutter, momentarily forgetting the ass helped me learn a math concept I’d been struggling with.
“Anything to make you happy, Kitten.”
I somehow manage not to roll my eyes at the name. Telling him not to call me that hasn’t helped. It’s only encouraged him to use the name more. I narrow my eyes instead. “I thought you said you weren’t stalking me.”
“I’m not.” He lifts a plastic bag from the bookstore, and removes a book with a teenage girl and a male angel on the cover. “I was buying a birthday present for my friend’s sister. And now that you mention it, how do I know you’re not stalking me?”
From the corner of my eye, I spot a guy checking me out. Marcus brushes a strand of hair from my face. I flinch when his fingers touch my cheek, but then I see the other guy scurry away.
I think of Marcus’s reputation for not getting attached, of the way he jumped between me and that guy at the party. I take a deep breath, almost positive that what I’m about to do is incredibly stupid. “What are you doing Friday night?” 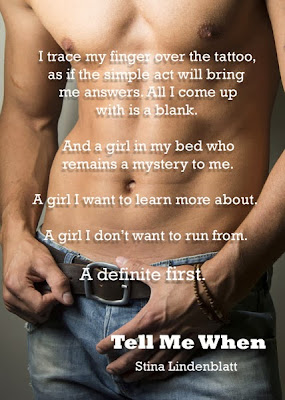 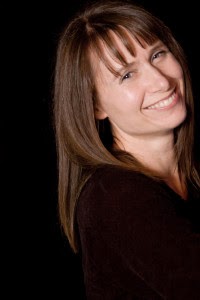 About the Author Born in England, Stina loves to travel, and has lived in England, the US, Canada, and Finland. She spent a semester in graduate school living in central Finland, and a summer during her undergrad degree working in Helsinki. She has a Master’s of Science degree in exercise physiology and has worked with elite athletes. In her free time, Stina is a photographer, mother of three adorable kids, and devoted wife. She currently lives in Calgary, Canada.

a Rafflecopter giveaway
Posted by Cecilia Robert at 10:38 4 comments:

Release Day: Meant for Me by Faith Sullivan

Today, Faith, one of the awesomest people I've ever met, is releasing Meant for Me (Take me Now#2). I haven't started reading this series, but it sounds really good. The first book, Take me Now  is in my Kindle, and I'm looking forward to reading them soon. My reading week is coming up-- starting next week, on Monday. Congrats, Faith!

Eric thought he had forever...before.

Divided between reliving the past and embracing his new life with Ivy, Eric fears that love will once again be ripped from his grasp. Having faith in the future is hard. So many things can go wrong.

Ivy is convinced that what they have is meant to be...but no one can escape the wheel of fate.

Her love for Eric and the life they're creating make every sacrifice seem worthwhile. Until she's forced to reveal the truth surrounding her delicate condition. Even if it shatters his hope.

Can they hold onto their newfound happiness or are events already in motion to keep them apart?


My boyfriend is so freakin’ hot.

I press my nose against the glass, peering out as he stops to take a break from cutting the grass around the garden center. It’s sweltering outside and he’s worked up quite a sweat pushing the lawn mower up and down the property. As a result of his labor, his white t-shirt is clinging to his chest in all the right places. I sigh happily, taking him in.

He has no clue that I’m watching as he picks up a water bottle and pours it over his head, forming a trail that trickles down the length of his body. I clutch the windowsill as I feel that all too familiar twinge between my legs. Being pregnant, my hormones are on fire and it doesn’t take much to get me going. So it’s no wonder a moan escapes my lips when he doesn’t stop there. Instead, he casually begins to strip in front of me.

My cheeks burn as he lifts his arms over his head, removing his shirt, elongating every inch of his defined abs. My eyes follow his v-shaped pelvic muscle as it dips suggestively below his belt buckle. My breathing becomes heavy as he stretches, causing his jeans to ride even lower on his hips. My pulse skyrockets as he proceeds to wring the water out of his shirt, flexing his glistening biceps against the rays of the setting sun.

I squirm against the window, forcing my knees together. My movement catches his attention and he glances up, meeting my gaze. A sexy grin slowly spreads across his face when he realizes the effect he’s having on me. My mouth is open. I’m literally panting for him. He shakes his head and chuckles softly. My heart clenches at how adorable he looks.

He’s not the kind of guy who flaunts his body, but for me it seems like he enjoys being on display. He runs his hands through his damp hair, tousling it before grabbing another bottle of water. He winks at me, tilting back his head and taking a long swig. He closes his eyes, his lips wrapped around the bottle, teasing me. He smiles when he’s done, beckoning me with his finger.

I don’t hesitate for a moment. I gladly leave the confines of his air-conditioned office and rush outside. He’s waiting, his eyes smoldering. He stands with his hands on his hips, watching as I approach. It’s unseasonably mild for October, and I step out of my clogs as I draw nearer to him. His gaze never leaves my face. It only intensifies, causing me to blush even more.

I get close enough to feel the warmth of his breath on my cheek, but I don’t speak. Instead, I run my hands across the wide breadth of his shoulders and down his heaving chest. My touch must be driving him wild because I can feel his heart thudding beneath my fingertips. His skin is so smooth and firm. He’s a man’s man who’d never dream of waxing his upper body, and a trail of soft, fine hair guides me to his belly button and beyond.

“How can I expect to get anything done around here with you touching me like that?” Eric asks, his voice all husky as I find the zipper of his jeans.

“Well, you shouldn’t be tempting me by getting naked in front of the window,” I whisper seductively as he grabs my wrist, preventing me from lowering his zipper and undressing him any further.

With my free hand, I start to remove my dress when he growls, “I don’t want anyone seeing what’s mine.” He scans the horizon for any approaching vehicles, but there are none to be found. “No one’s ever going to hear what you sound like when you come. Only me.”

Books in this series:
(linked to Goodreads)

Faith Sullivan is an author of New Adult contemporary romances including the HEARTBEAT trilogy, the TAKE ME NOW series and the 9/11 novel, UNEXPECTED.

Where to find Faith Sullivan:

Tweet these pics (and tag @_FaithSullivan_) to gain extra entries!