Hi friends!
Today I am really happy to host Sasha Summer's book tour here on the blog. I haven't read the first book in this series, but I have to say after reading Hollywood Holiday, I'll be adding Holiday Ever After in my list. Would you like to win a copy of thi wonderful, romantic book? Scroll down to the rafflecopter at the end of the post to enter. 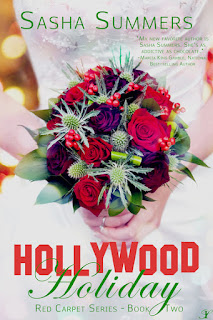 All she wants for Christmas is for Hollywood to love her again. But once she meets him, her Christmas list changes.

Jen’s only Christmas wish: Hollywood falling back in love with her. Meeting ex-Marine Gunner was a bonus. She likes that he isn’t impressed by celebrities or the movie biz. She likes that he’s funny and sweet … and drop-dead gorgeous. And she loves that he has no idea who her alter-ego is: Jen Fleming, Hollywood bad-girl and paparazzi target number one. Why ruin an amazing affair when he’s leaving after the new year?

But the closer they get, the harder she falls, and the more she wants to tell Gunner everything. Especially once he shares his secret with her.

Her new Christmas wish: Gunner accepts and loves her for who she really is.


You can buy the book at:

Hollywood Holiday is a wonderful romantic story. I haven't read the first book in the series. I didn't need to. Ms Summers wrote this sequel in a way that one doesn't need to read the first book in order to read the second.
Jen is coming back home after spending time in rehab. Inside the plane she meets Gunner, who is also flying to LA to visit his family. Jen has a phobia: She doesn't like flying. But the goodlooking man-Gunner-sitting next to her helps her through the turbulences until they arrive to LA.Gunner doesn't have any idea who Jen is, and knowing he might reject her, Jen decides not to tell him-For just a little bit longer.

Hollywood Holiday was a wonderful read. Ms Summers did a great job with the characters and the attraction between Jen and Gunner. Both characters have secrets that they fear if the other knows, they will be rejected. The characters in this story aren't perfect, and that is a good thing. Personally I don't like perfect characters. Flawed is way much better.

I look forward to reading more of Ms Summer's work. 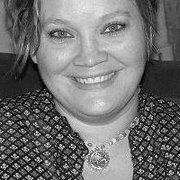 Sasha is  part gypsy. Her passions have always been storytelling, Hollywood, history,  and travel. It’s no surprise that her books include a little of each. Her  first play, ‘Greek Gods and Goddesses’ was written for her Girl Scout troupe.  She’s been writing ever since. She loves getting lost in the worlds and  characters she creates; even if she frequently forgets to run the dishwasher  or wash socks when she’s doing so. Luckily, her four brilliant children and  hero-inspiring hubby are super understanding and supportive. 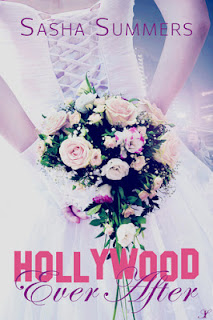 Know more about Hollywood Ever After – Red Carpet Series #1

She wasn’t meant for movie stars,  Hollywood, or happy endings. And then she met him.

Happy Endings are for fairy tales. Or the movies. Not for real life. At least, not in Claire’s life. Even though she’s starting over, she knows better than to want too much this time. But when she falls, literally, into the strong arms of Hollywood’s ‘it’ boy Josh Wiley, Claire’s in for some surprises. Her plans for rest and relaxation are  forgotten as one incredible night with Josh becomes two… And her heart begins to want him as much as her body. Will two kids, one bastard ex-husband, and Josh’s juggernaut career mean the end of their affair? Or can Claire find her happy ending after all?

a Rafflecopter giveaway
Posted by Cecilia Robert at 03:50 6 comments: