Hi friends! Ah, the weekend. It's very sunny and cold outside, so I decided to stay home and finish the my edits - with a mug of Vanilla tea-- really soothing.

Lately, my blog has been a bit slow. I've been buried neck-deep in edits. I'm really glad I'm almost there where I want to be: edits complete and ready to share Ana's story with you.

Though Reaper's Novice was set for release in December 2012 - I really thought hard about this and decided to push it forward  to January 2013. I had some stuff going on on my end, and it got a little bit difficult to give Reaper's the attention it deserved.

BUT.... ARC copies will be available from December. If you would like to read and review, I will put up a link to sign up for a copy. Starting next week, I will be participating in I am a Reader, Not A Writer Spooktacular Blog Hop, with over 300 bloggers. Drop in for some wonderful giveaways.


Last week on Monday, a writer friend and I decided to go for a stroll in the city -- Stadt Bummeln, in german. Stadt translated to city, and Bummeln meaning stroll or saunter. I took some photos that I wanted to share with you, places Ana -- Reaper's MC-- loves to visit,see the places through her eyes.

So here are a few. Enjoy. 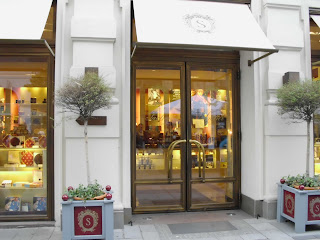 Hotel Sacher Confectionary, which is famous for the traditional Sacher Torte, invented by Franz Sacher in 1832. From what I've gathered - I'm too shy to bake one, just in case the middle sinks - the Sacher Torte consists of two layers of sponge chocolate cake, a thin layer of apricot jam, then topped with dark chocolate  icing on top and sides. 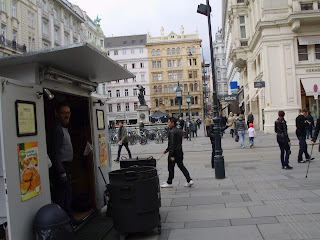 Vienna in Autmun.- There are these type of huts situated in corners, selling roast potatoes, roast chestnuts and/or potato wedges. Yum! 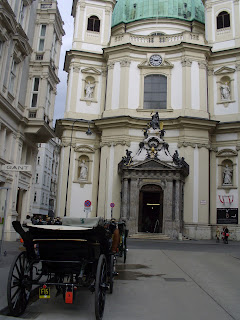 St, Peter's Church off the Graben - The Graben is a 'pedestrian only' shopping street, with the occasional bus or horse pulling a carriage on the designated areas. But mostly, human traffic. 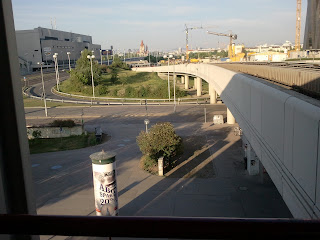 Sweets and treats. My friend and I took a break for some of these treats and Viennese Coffee. Nothing can beat that ::) 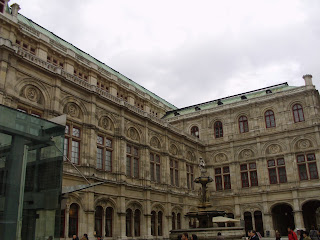 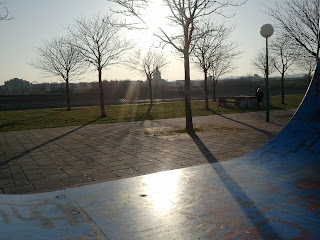 The park close to where Ana lives on the 22. District. (Vienna is divided into 23 districts.) 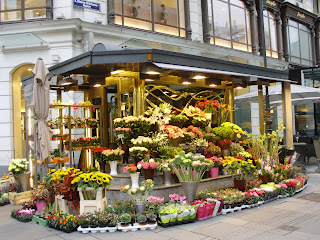 Flowershop on Marco d'Aviano Gasse in the 1. District. 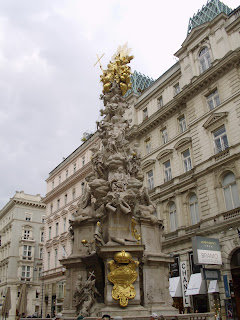 "Pestsäule" -- a plague column in High Barock style, located in  Graben inner city in memory of the worst epidemy to ever hit Vienna. Erected during the Habsburg Monarchy. 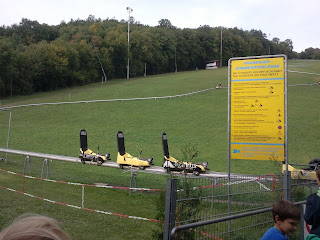 Summer sled. So much fun 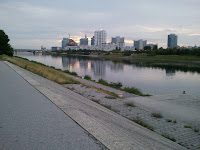 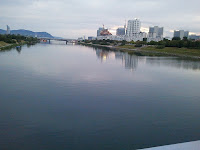 Where she enjoys taking walk along the Danube River 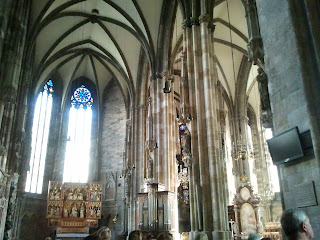 Inside the St. Stephen's Cathedral


Have a great weekend!
Posted by Cecilia Robert at 05:37 2 comments: