Happy Sunday, friends! Today I have a good friend of mine, an author I met during A-Z challenge 2012. Very talented and über-cool. :)  Maybe I present to you her novella... 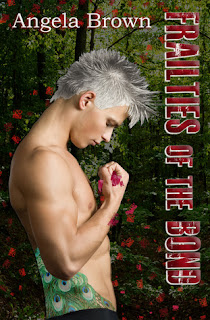 Short blurb - In Frailties of the Bond, it only takes one bite to change a life.

Two teens...
Two lies...
Their paths collide...
When one bite changes a life.

NEO – Network of Extraordinaires and Otherworldlies:
Those who answer the call from NEO play their part in maintaining balance in our ever-changing times. With power-hungry malcontents, jealous gods, and even those with misguided good intentions, the fate of our world has oft been held in the hands of unsung heroes such as those that are members of NEO.
But before NEO, these heroes and heroines had lives, loves, issues and interests that didn’t involve saving mankind.
In Frailties of the Bond, it only takes one bite to change a life…
After a hiking trip gone wrong, sixteen-year-old Luca should have been dead. Since then, he’s drifted from one school day to the next, annoyed by the looks of suspicion. When a vampire attack claimed his mother and forced his first shift into animal form, Luca set out for Texas, vengeance bound, only to discover so much more when Aimee crossed his path.
Flesh-born of vampire parents sixteen years ago, Aimee shouldn’t exist. Magic, though, made dreams come true for an undead couple desperate for a child all their own. But this magic came with a price, a cost Aimee discovered after one forbidden bite.

Luca veered into the woods for his normal scenic route home. Broad tree trunks stood tall, a legion of nature’s soldiers deeply rooted and strong. He closed his eyes briefly, skin tingling. He sensed another presence. He’d felt it before, but it felt almost tangible this night.
The setting sun crept from its throne in the sky leaving a trail of golden fingers splayed out over the familiar cliff side in the distance. For a moment, Luca smelled the scent of apricots. His heart skipped a beat. His mind wandered back to the red letter…then further back to that fateful day.
A twig snapped nearby. His ears perked and he paused mid step. Glancing around, he spotted a raccoon shaking itself free of a small heap of fallen leaves. He let go of a breath he hadn’t realized he held. Whoa, maybe I’m thinking about Vivie a little too much.
He turned his mind to other things, like the trouble he’d face when he got home. He forgot to call his mom and tell her he was going to the gym. No telling how pissed she was.
Arriving home, he took the steps two at a time, focused on digging his keys from inside his bag. He reached one hand out, grasping for the door knob.
Instead, nothing but air.
He finally looked up, startled at the sight before him. The door didn’t stand ajar or slightly open.
It. Was. Gone.

Frailities of the Bond is wonderfully a wonderfully written book. We enter Luca's word, see him suffer after losing a friend. Leaving school he comes home to find his mom being sucked dry by a vampire. Revenge and anger rule Luca's emotions. It was really great to follow him on his journey of finding out who he really is. Was great fun meeting the other characters as well.
This is a wonderful beginning to the introduction to the NEO, and I look forward to reading the next novella in the series. 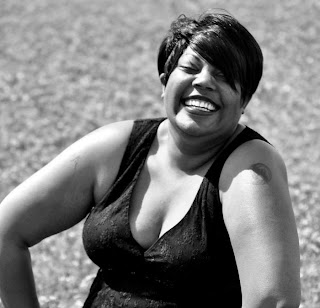 Reading and writing have been lifelong passions. It was around the time she gave birth to her forever-love, nicknamed Chipmunk, that she really took writing seriously. After all, how could she teach her child to follow her dreams if she hadn't tried herself?

As a YA fantasy/sci-fi reader and author, she favors the magical, mysterious, the darker side of life...even harbors a secret fright for things that go bump in the night.

NEVERLOVE is a special project spawned from a blog-challenge-turned-blog-opera, the Abby and Basil affair. It is the first in the Shadow Jumpers series.

FRAILTIES OF THE BOND is the first in a series of novellas and short stories introducing heroes and heroines of the secret organization, NEO – Network of Extraordinaires and Otherwordlies.