Today I have a double review for you from Carrie Butler's Mark of Nexus series. Homecoming ARC tour is still on until 19th October. To check out the next stop , click Stephanie Parent.

Soo...back to Mark of Nexus tour:

Welcome to my stop for the Courage blog tour, organized by Grapevine Book Tours. So this is going to be a double review. I purchased a copy of Strength a while back, so when I heard Courage was set for release, I signed up for the blog tour.I am really glad I did because these books are AWESOME. If you haven't started on this series, RUN! well, not really run but click fast and get your copies. Actually Strength is free until October 18th. So, yeah...:D Look what's up for grabs! All you have to do is enter the Rafflecopter at the end of this post for a chance to win.

To follow the rest of the tour: Courage by Carrie Butler. 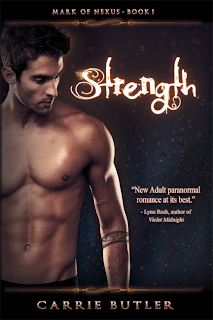 When college student Rena Collins finds herself nose-to-chest with the campus outcast, she’s stunned. Wallace Blake is everything she’s ever wanted in a man—except he can’t touch her. His uncontrollable strength, a so-called gift from his bloodline, makes every interaction dangerous. And with a secret, supernatural war brewing among his kind, there’s no time to work it out. To keep Wallace in her life, Rena will have to risk a whole lot more than her heart. 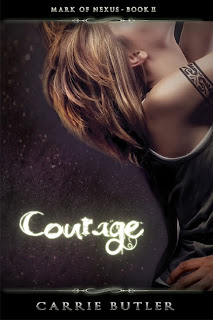 Rena Collins never thought she’d long for the past—back when affection from Wallace, her freakishly strong boyfriend, was the most dangerous aspect of her life. But now that the human-altering organization known as ERA has gone on the offensive, nothing is safe. Her bloodline is exposed, her relationships torn apart, and just when it seems like things can’t get any worse, ERA ups the ante. To save mankind from forced evolution, Rena will have to mend her broken ties and form a resistance... hand-in-hand with the one she hurt most.

***Courage (Mark of Nexus #2) is a New Adult paranormal romance that features four unique points-of-view. While the novel stands alone, it is best enjoyed after Strength (Mark of Nexus #1). ***

As I mentioned above, one-click right now! :D This book is all about Strength. It starts with Rena running into Wallace, known as the madman around campus. But Wallace isn't what people think. This guy is a whole level of awesomeness. He's broody (yeah, we all love that type. :D) kind and his heart is as big as the universe. Rena takes a chance to get to know him and their relationship builds from mere friendship to best friends to lovers. (EEP! See, I just love these kind of stories, so thanks for hooking me with that one, Carrie) oh where was I?.. Yep. And for the first time Wallace finally opens up to someone who isn't his family, tells her what he is (although part of the revelation is brought about by the force that is Cole, Wallace's brother. I could go on about Cole, but that means I might not finish this review. Cole was one of my favourites, so yeah I'll stop there and hope Carrie feels pity on me and gives us --and other Cole fans his story soon...or someday. No pressure.)Rena is one of the funniest and impulsive heroines I've ever read. The things that spew out of her mouth, and her innerthoughts, hilarious. She is as stubborn as Wallace is strong. Actually both of them are stubborn, which brought about some very great scenes full of conflict between the two. The downside to their relationship is that Wallace cannot touch Rena without bruising her. There were some twists in the story I didn't see coming and my jaw kept hitting my desk. I have bruises to prove it. And finally the Mark of Nexus that binds Rena and Wallace. Now that was pure genius. And I have to warn you, Wallace is . . .wow! yeah, that. A force to be reckoned with. I fell inlove with this guy. I really enjoyed the introduction to this unique world Carrie created. 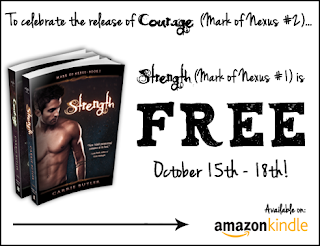 The story kicks off where the first ended. After Wallace, Rena and Cole saved the world--just for like a short breath of air-- they pulled back to regroup. There is an introduction of another character, Corynn, who plays a huge part in the story. And OMG, did my heart break for Rena when she realised the reason Corynn was brought into the picture! I really loved Corynn's character. She is one of those characters caught in a crossfire, her own family threatened, but she still finds the heart to help the good guys. As the book title says, this book is all about Courage. Courage to swallow your pride and face adversity, courage to do something that could get you and your family killed, Courage to put aside your lifelong fears of being rejected and stand up to do something that might have your heart ripped from your chest and handed over to you. Courage, Courage, Courage.

As you can see, I tried, really tried not to include spoilers in these reviews. I don't want to spoil this for you as I think it'll better to read the books and experience that yummy goodness that is Strength and Courage. Thoroughly enjoyed this one as well. :)

The two books are, in my opinion, 5 stars! 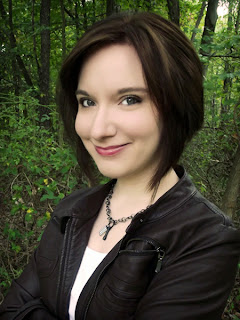 Her passion for New Adult fiction led her to co-found NA Alley—a widely recognized informational hub for the category. She is the author of STRENGTH (Mark of Nexus #1) and COURAGE (Mark of Nexus #2).

My question for you is: What would you do if the person you love the most cannot touch you or return your hug when you need is most?  Or when he/she needs it? Would you have the Strength to persevere?

a Rafflecopter giveaway
Posted by Cecilia Robert at 01:28 3 comments: