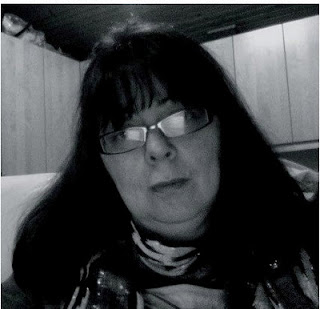 Today, I have the awesome pleasure of welcoming one of Trestle Press fantastic new authors, Fiona 'McDroll' Johnson, the author of 'KICK IT', for chat.
Why crime writing?
I’ve always wanted to write as far back as I can remember and over the years I’ve had various disastrous attempts that just didn’t work. My writing was boring, bland and twee. I had come to the conclusion that I just didn’t have what it takes.
Then I joined Twitter and quickly discovered that there were lots of writers around the world tweeting about their writing. They would discuss their difficulties, the characters they wrote about and the struggle to get published.
Slowly I crept into this circle of talented people and as I have always been a rabid reader of crime fiction, I thought that if I couldn’t write then at least I could review and be a little help to those with talent struggling to get noticed.
Eventually some very kind people asked if I wrote. After the initial, ‘no, no, no,’ I decided to give the writing lark another go but this time try to write within the crime genre….and that’s all it took. My years of reading crime have somehow helped me understand how to write the type of story that people seem to get a lot of fun out of reading.
Who do you read?
I’ve really enjoyed reading SMOKE by Nigel Bird, another Trestle author. The story alternates between its two main characters, Jimmy and Carlos. Jimmy is still at school, theoretically, but is one of those lads who has fallen through the cracks in the system and is more likely to be seen pounding the streets of his local community begging smokes or getting blitzed out of his head with his mates.
Carlos has a swanky new motorised wheelchair, top notch, and was Jimmy's sister's boyfriend before somebody tied him to a railway line and he lost an arm and a leg. After a long period of therapy he's back on the local scene and hopes that Kylie will take him back and will allow him access to their young son. Problems start when Kylie declares that the child isn't his.........
I love Nigel’s gritty realism and I can see his characters when I walk down any high street in the towns of Scotland.
Tell us abit more about your books and working with Trestle Press
To have a book published is a magical experience that very few people ever get to achieve, but thanks to TRESTLE PRESS and their amazing outlook on the revolution of digital publishing about to hit readers around the world like a literary tsunami, more amazing writers will be able to get their writing out there to an ever increasing digital audience.
My first collection of short stories, KICK IT has just been published this week and my goodness, I certainly did get a kick from seeing my book up there for sale on Amazon. KICK IT is a collection of 5 short noir / crime stories with a little twist of Scottish humour thrown into the mix. 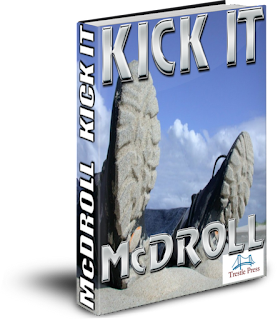 Three of the stories have my favourite character, DC Gemma Dixon, strutting her stuff around the crime scene of Glasgow. New to CID, Gemma has to learn very quickly to stand up for herself in male dominated environments where as the newbie she gets some of the roughest assignments on offer.
I love having fun with Gemma as she banters with her fellow officers, making sure that she asserts herself and doesn’t take any of their cheek.
My other two stories deal with our perceptions of people and I attempt to show how far off the mark we can be when we don’t take the time to dig a bit deeper into ‘hidden stories;’ the secrets that people keep close to their chests as they go about their daily lives. So much can be going on beneath a person’s outward shell and I try to uncover some of these tales.
So I hope you check out my first ever e-Book and please let me know what you think!
http://www.amazon.com/Kick-It-ebook/dp/B005ZMTZBI/ref=sr_1_1?ie=UTF8&qid=1319826524&sr=8-1
What’s next?
I’m hoping to have another collection of short stories KICK IT AGAIN out soon and then move onto a serialization of a novella that I’ve been working on for some time. More ‘Gemma’ stories are in the pipeline and you will be able to meet Gemma again in BRIT GRIT 2, soon to be published by TRESTLE.
Thank you for the chat, Fiona, and I wish you all the best with 'KICK IT' and upcoming 'KICK IT AGAIN' short stories.

Posted by Cecilia Robert at 02:33 No comments: