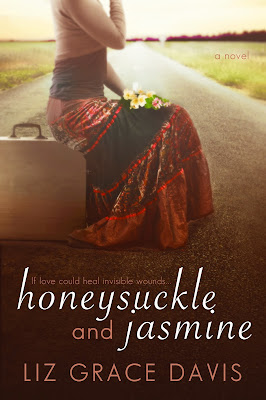 The past is never far behind.

Senia Loato’s life has been needled by disappointment, and the wounds that fester go beyond skin deep. She is certain if she puts miles between her and her tainted past, she will somehow outrun it. When she’s offered the chance to leave her island home of Mintang to become an au pair for three boys in Germany, she takes the opportunity to start running.

In Germany, she meets Miina, another au pair. What builds between them is a life-defining friendship, one they will risk everything for.

And soon, they’ll be asked nothing less.

When Miina is betrayed and left stranded, Senia stands by her, risking much more than just her stay in Germany. She also stands to lose rich, handsome, turquoise-eyed Roman Dorenwald, the first man she has allowed into her heart.

But they’re risks worth taking.

Eventually, Senia makes a sacrifice that catapults her back to her past, where she’s forced to draw back the curtain and discover the shocking truth of her history.

Can she confront her nightmares, reach deep into her soul, and forgive those who have hurt her? Or is it easier to just keep running?

My muscles tensed up again, and I smoothed the tablecloth, gave myself time to respond. How much could I tell him? If he had read my CV, he'd know I'd worked at the orphanage, but not that I'd also lived there. Did I want him to know? I raised my eyes. Why not? "I grew up in an orphanage, where I later worked as well, for two years. I never met my biological parents." Why not just leave out the whole adoption part? It would only call for more questions and complicate things.
To my surprise, Roman squeezed my hand, just for a second, but the warmth from his grip remained with me. "I'm sorry to hear that. That explains it. I used to wonder why you had this sad look in your eyes all the time."
I glanced away. "I do?" I whispered. But then, how would I know? Whatever look I had in my eyes, I'd lived with all my life. I wouldn't know if it was sad or not.
"Senia," Roman drew his chair closer to the table, "please look at me. It's nothing to be ashamed of. I can't even begin to imagine how it would be, growing up without my parents, even if they can be too controlling sometimes."
I allowed my glance to meet his again. "Well, having never met mine has made it easier to live without them."
The waiter placed our food in front of us, halting our conversation. The aroma of Roman's roasted pork in gravy and that of my beef and pork mingled in the air between us before teasing my nostrils. So easy for the aromas to do—nothing in the air to stop them from embracing. Unlike Roman and I. Between us stood many possible complications that could send a potential relationship toppling before it even started. 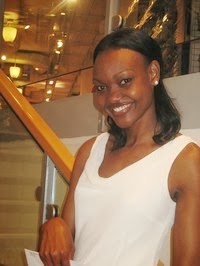 Liz Grace Davis grew up in Angola, Namibia, South Africa, and Germany. She now lives with her husband and daughter in Vienna, Austria.

Her travels offered her the opportunity to gather interesting material, from both her own experiences and those of others. She is a firm believer that memories, both good and bad, are worth cherishing because they lead us to be the people we are today.

As a result, Liz enjoys breathing new life into some of those experiences, and sprinkling them with snippets born of her imagination, to write fiction. Her aim as a writer is to both thrill and inspire readers. The genres she enjoys writing are as diverse as the books she reads.

Liz is the author of Chocolate Aftertaste, Honeysuckle and Jasmine, and Tangi’s Teardrops