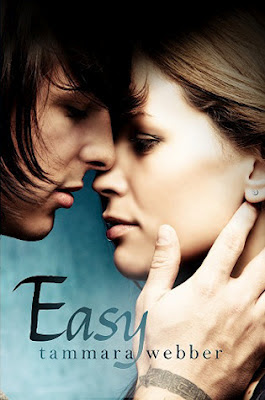 When Jacqueline follows her longtime boyfriend to the college of his choice, the last thing she expects is a breakup. After two weeks in shock, she wakes up to her new reality: she’s single, attending a state university instead of a music conservatory, ignored by her former circle of friends, stalked by her ex’s frat brother, and failing a class for the first time in her life.

Her econ professor gives her an email address for Landon, the class tutor, who shows her that she’s still the same intelligent girl she’s always been. As Jacqueline becomes interested in more from her tutor than a better grade, his teasing responses make the feeling seem mutual. There’s just one problem—their only interactions are through email.

Meanwhile, a guy in her econ class proves his worth the first night she meets him. Nothing like her popular ex or her brainy tutor, Lucas sits on the back row, sketching in a notebook and staring at her. At a downtown club, he disappears after several dances that leave her on fire. When he asks if he can sketch her, alone in her room, she agrees—hoping for more.

Then Jacqueline discovers a withheld connection between her supportive tutor and her seductive classmate, her ex comes back into the picture, and her stalker escalates his attention by spreading rumors that they’ve hooked up. Suddenly appearances are everything, and knowing who to trust is anything but easy.


Easy, Easy, Easy...*sigh* that was my reaction after reading the last sentence of this emotional and wonderfully written book. One of my favourite books of the year, I'd say.

The story begins with Jacqueline, still nursing a heartbreak, leaving a Halloween party. She's sexually assaulted in the parking lot by none other than a fellow college student, who she knows and never thought he'd ever harm her in any way. Just when things are about to get worse, someone comes to her rescue. That someone is Lucas, a guy in her economics class, who she'd never even seen before. Thing is, Lucas has always seen her, always adored her from a distance.

Oh, Lucas. Where do I begin to describe this guy... He loves to draw, protective, sexy and smart... Behind all that, is a guy who is tortured by his own past and has built a wall, keeping everyone at arms length. That is until Jacqueline comes along. It takes a while for him to open up to her about his past.

Hats off to Ms Webber for writing steamy kissing scenes that left me breathless. :) Lucas and Jacqueline's happy ever after had me smiling and sighing dreamily.

The book deals with rape, breakups, moving on, finding love.. I highly recommend this book.

Email ThisBlogThis!Share to TwitterShare to FacebookShare to Pinterest
Labels: Mature YA review

When Hannah's caught watching her late husband's cousin debauch the maid in the library, she's mortified -- but also intrigued. An unpaid companion to his aunt, she's used to being ignored.

The black sheep of the family, Leo has nothing but his good looks and noble birth to recommend him. Hannah ought to be appalled at what she's witnessed, but there's something about Leo that draws her to him.

In this short story, Hannah, a widow, is portrayed as naive when it comes to the art of lovemaking. Leo on the other hand is experienced, and readily offers to demonstrate - yes demonstrate - to Hannah that whatever she has been told all along about women not supposed to enjoy themselves during sex is all wrong.
What begin as lessons driven by curiosity, soon develop deeper meaning, and create conflict for both, given that, Leo is meant to marry someone else.

The story was well written, the scenes steamy in a leave-me-breathless kind of way (a good way).  All in all, this was a fantastic read. I'll be sure to check out Ms Ross books in the future..

Posted by Cecilia Robert at 06:00 No comments: