Release Day + Giveaway: Hope For Her by Sydney Aaliyah Michelle 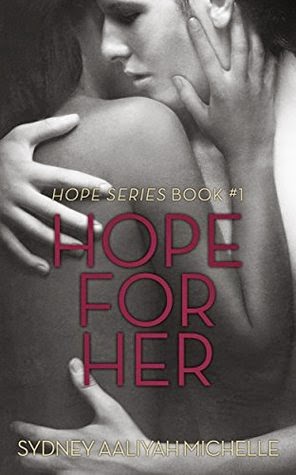 No one ever expected much from him.

Joshua Elijah Griffin, IV is on his last chance. A stint in rehab and a transfer to a new school has scared him into putting his life on track. He’s determined to live up to his family’s expectations, but on the first day of class, Josh meets a girl, and he knows his father won’t approve, but in Carrington, he sees a kindred spirit. He's willing to give up everything to be with her.

No one ever thought she was special.

Carrington Olivia Butler is ready to shine. Always in the shadows of her siblings, she goes away to college to break out of her shell. All Carrington wants is to feel special. Josh's attention is exactly what she craves, but their intense and sometimes volatile relationship is more than what she bargained for.

Josh’s demons return, and Carrington’s feelings fade, but both aren’t ready to give up hope. They give their love one last shot to survive, but hope, may not be enough. 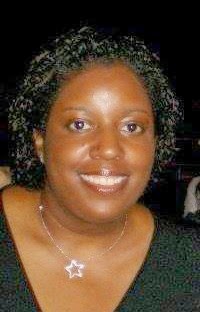 Sydney Aaliyah Michelle is a New Adult Contemporary Romance writer, a voracious reader and movie fanatic who hails from Texas.
After surviving 5 1/2 years living in China, she had the courage to finally pursue her passion and become a writer.
Sydney has been blogging at sydneyaaliyah.com for three years, where she interviews people about their tattoos, discusses her favorite movie quotes, reviews books (New Adult & only the ones she loves) and journals about her writing and editing process.
Sydney’s self-published debut New Adult Novel Another New Life released in May 2014.
An active tweeter, she is also a JuNoWriMo (2x) and NaNoWriMo (2x) winner who notes the sci-fi action flick “The Matrix” as the best representation of her life in the past. She is now awake.
She can recite the entire script for the 80’s teen comedy/drama “The Breakfast Club” and loves any and everything associated with the Avengers Movie, especially Tony Stark.
When it come to books, Sydney reads different genres, but some of her favorite writers are Stephen King, Alex J. Cavanaugh, Cora Carmack & Emily Bronte. Under the Dome, The Great Gatsby & Wuthering Heights are her favorite books.


~*~EXCERPT~*~
I reached out and grabbed her, wrapping my arms around her waist. She resisted,
pushing and punching my arms and shoulders. I wanted her to fight me. To hit me and scream and show me what I did to her.
After a while, she collapsed in my arms, exhausted from fighting, but her sobs
continued for several more minutes. My neck and chest dampened from her tears, and her whole body convulsed when she released an uncontrollable series of coughs. It shook us both, but I held on tight. The vibration of our bodies glued together made me hard, and I found it difficult to concentrate. I tried to push those thoughts out of my head. I wanted her to understand.
It tore me up to know I caused her an ounce of pain. I held her tight with one arm and stroked her back with the other. Each stroke, her body softened. When her last bit of energy drained, I turned us around and her back was up against my car. I placed my hands on her hips; she whimpered as I lifted her and sat her on the trunk.
Her damp hair stuck to her face, and I pushed it away. I wiped her eyes and lifted her chin.
"How could you leave me like that?" she asked. The desperation in her voice
fucked with my mind. I hated myself.
"I'm sorry," I whispered as my lips sweep across her cheek. She tensed. I
expressed my gratitude by kissing her other cheek. She whimpered, and my heart
cracked.
I kissed her forehead, dropped my hands to her waist, and her head fell forward without my support.
"Why?" she asked. Her voice sounded defeated, but defiant. She wanted an
answer. She deserved an answer.
"Since I meet you, I've had the time of my life." I kissed her jawline as I placed


my hands on her thighs. “I’ve never met anyone like you before." As my lips moved to her ear, she leaned into me. I pushed her legs apart. I wanted to hold her, get closer to her. She relaxed more with every kiss. "I want to be with you so bad." When I reached her earlobe, I bit it, and she moaned. "But eventually you're going to leave me."