Goodmorning/afternoon/evening my lovely friends! :)  I'm pretty excited to have Julie Flanders on the blog today. Her book, Polar Night will be released next week. Did I say how much I'm looking forward to reading this book? I did? Oh! *grins* that's how excited I am. Well, move closer, grab a seat and a cup of coffee, tea... and lets welcome the awesome Julie.

First off, I want to say thank you, Cecilia for having me as your guest today! I am thrilled to be here at your site.

When I started my blog on December 31, 2010 I called it “What Else is Possible?” I had recently achieved some personal goals that I wouldn't have considered possible in the past, so I wanted to embark on a journey to find out what other “impossible” goals might just be possible after all.

The biggest goal I had was to “become established as a writer.” When I read that now, I realize I don't really know when or how any writer can say whether or not they have become “established.” But that was the goal I set for myself.

Since then, I've written more than 260 blog posts, had articles accepted for publication in both print and online magazines, and managed my own online columns on two of my favorite subjects, pets and books. And today I am celebrating the fact that my debut novel Polar Night will be available next week. is available now on Amazon.

I don't know if any of that means I am established but, one way or the other, I know I have achieved the goal I set for myself back in 2010. And most importantly of all, I've had an amazing time doing it. I've met more wonderful people than I can count and I've grown as a person in ways I never could have anticipated.

I've changed the name of my blog now, but that doesn't mean I've stopped exploring what is possible. I feel like I've just gotten started, and I can't wait to see what happens next.

For anyone like me who has ever doubted their abilities and held themselves back by feeling as if everything is impossible, I want to finish this post with one of my favorite quotes, from the amazing writer Shel Silverstein. Whatever your personal goals, I wish you all the success in the world in reaching them. And I hope you can make them all possible. 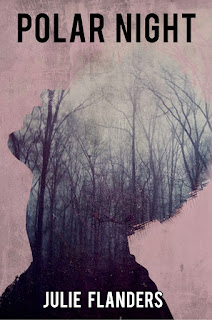 Book Blurb: When Detective Danny Fitzpatrick leaves his hometown of Chicago and moves to Fairbanks, Alaska he wants nothing more than to escape the violence and heartbreak that left his life in pieces. Numbed by alcohol and the frozen temperatures of an Alaskan winter, Danny is content with a dead-end job investigating Fairbanks' cold cases. That all changes when a pretty blond woman goes missing on the winter solstice, and Danny stumbles upon some surprising connections between her disappearance and that of another Fairbanks woman three years earlier. Forced out of his lethargy, Danny sets out to both find the missing woman and solve his own cold case. 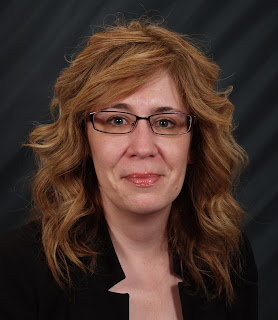 Bio: Julie Flanders is a librarian and a freelance writer who has written for both online and print publications. She is an avid animal lover and shares her home in Cincinnati, Ohio with her dog and cat. Her debut novel Polar Night, a suspense thriller with a supernatural twist, is now available from Ink Smith Publishing. Find Julie online at her blog, and on Twitter, Goodreads, and Facebook.