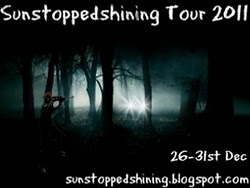 Today marks the beginning of the Blog Tour. Below are some of the the authors participating in this  blog tour, book blurbs, and links to their blogs and websites. For a chance to win a 10$ Amazon Gift Card, scroll down to the bottom of this post.


Be sure to check other authors taking part in this blog tour as well. The link can be found below this post as well.


Inspired by a true story. Is there life after death?


It's a question Syria Warrington is desperately trying to answer since she came home one afternoon to find an old black top hat on her front step, being a lover of all things old, she did not hesitate to take it in to her home. But bringing this top hat into her home unknowingly exposed her to the spirit that called this hat home. The strange happenings that began to take place in her home, from that day on, had Syria questioning her sanity, as night after night she found herself caught up in sexual escapades, the like of which she had never experienced before ... Syria's relationship with her family begins to unravel, as she struggled to keep her secret, while she tried determine whether her experiences were real or imagined? Was she slowly losing her mind? What was happening to her?

Be sure to check out her blog http://juephraime1.blogspot.com/ and get to know her, as well as a chance to win some fantastic prizes. 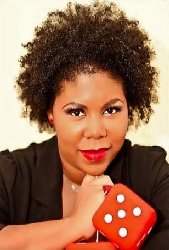 
Short description of Dicey's Sleepy Willow's Bonded Soul: The Narcoleptic Vampire Series #1
Ever since vampirism became illegal, the undead have been hunted to near-extinction. So Willow has to watch her back to make sure no one finds out what she is. And that’s not easy considering she’s a vampire with narcolepsy.
More about Dicey, click on http://diceyblog.wordpress.com/ . 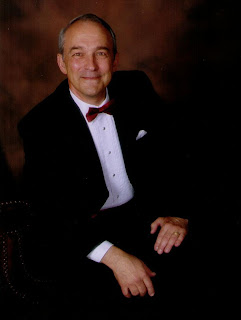 James Hatch
Short description of  James' The Substitute
Miss Havana’s public persona was far from the truth because, in her capacity as substitute teacher, the small community where she lived knew her as the breathtakingly beautiful young woman who demanded every student learn, but in her private life, ostensibly caring for aging parents in Chicago, she raced through the lives of powerful men, leaving a wake of destruction…and a deep desire for revenge. Little did she realize her conflicted life would end in a chaotic death at an early age, and to eternal conflict with the devil. The surprise ending will leave the reader stunned and gasping for more.
Check out James Hatch on  http://cookinwithmisshavana.blogspot.com 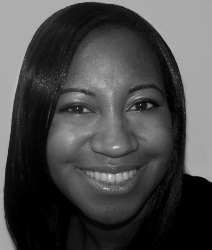 Alesha Escobar
Short description of Alesha's  The Tower's Alchemist (The Gray Tower Trilogy, #1)
In an alternate WWII era where the Nazis unleash occult powers, the Allies must employ wizards to stand in their way. One wizard who joins the fight is Isabella George, an SOE agent who’s torn between her sense of duty and her desire to retire to a normal life where she can find love and raise a family. As friends and colleagues disappear, she knows that if she continues, she’ll meet the same fate.
The stakes are raised even higher when she discovers a warlock is stalking her in order to steal her powers, and that the very people who trained her as a wizard may be her greatest enemy.

More about Alesha's, click http://www.aleshaescobar.com, and a chance to win an Amazon Gift Card. Check out her Amargeddon pudding recipe that I am dying to try out.

Georgina Kamsika
Short description of  Georgina's The Sulphur Diaries
Alice is in deep trouble.
The police have found her covered in blood and surrounded by corpses. The dazed teenager explains that she had befriended an angel to help her escape her tiny Yorkshire village that is situated over a gate to hell.

Why? Because the Harvest was coming and the love of her life was up for selection. 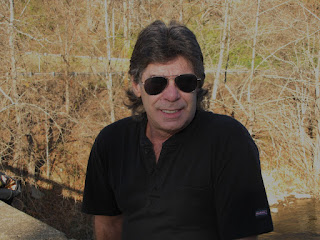 Michael Rivers
Short description of Michael's The Black Witch (Curse Of The Black Witch)
It was the adventure of a life time. In an obscure marina off the shores of Maryland a schooner unlike any other ever built was discovered. Dorian and Diana Coe purchased the schooner and sailed from the shores of tranquility into the bowels of hell itself.

Prurient tales of suicide, murder, and the disappearance of an entire crew were hand written within the ship's logs.

On her decks sailed a well seasoned Captain and crew that never knew the schooner's shadowed past. The new owners ignored the words of men with integrity and sailed the Black Witch in the Spring of 1935.

Into the realms of illusion and pure evil the ship and its compliment sailed never knowing the fate awaiting them!
To link up with Michael Rivers, as well as a chance to win Fantastic prizes,  http://www.michealrivers.com/

Clio Kaid may be 17 and just beginning the last summer before her senior year, but her life is anything but typical.

She's just discovered she was genetically altered before birth and is now headed to a top-secret Army campus to explore the surprising results of the experiment.
Follow Clio and the other teens as they develop fantastic super-abilities, forge new friendships, find love, and uncover a conspiracy along the way. 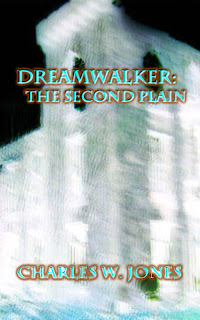 Saul can control dreams, not just his dreams but dreams of people he comes in contact. At first, he is not aware of what he can do and does not understand why people act strangely when he gets angry. When he goes away to boarding school he inadvertently calls for help from his Spirit Guide, Gappé.

Gappé teaches Saul about his gift and alerts him about danger from the Man who wants the gift. His paranoid warnings turn out to be true when the Man finds Saul after he is finished with school. Had Saul listened to Gappé then the nightmares that the Man creates for his own pleasure and gain would not have happened. To end the nightmares, Saul must solve a poorly written “riddle” from Gappé. But will he find the answer before it is too late?

One Amazon $10 Amazon Gift Card is up for grabs to a lucky winner.


It's the 31st Dec, you wake up and find everything is darker than ten nights combined, the night as still as death itself. You flip the bedside lamp switch on.
Nothing happens.


What could be the problem? There were no thunderstorms last night, and the last snow storm was like 2 weeks ago. You extend your hand, your fingers search for your mobile, feel around for a button and press it. Time: 8.30 am.


An earpiercing scream cuts through the air, followed by a hungry howl so foreign it can only be classified as Otherworldy. Then it dawns on you. It is the 31st of December 2011. Your mind goes back to the predictions everyone thought were silly about the world ending. Your heart starts racing, and sweat pools under your armpits.


What would be your next step?


The best and most creative/interesting answer wins the Gift Card. Please leave a comment/answer, along with your email address.


To check out other authors taking part in this blog tour,  go to http://sunstoppedshining.blogspot.com/