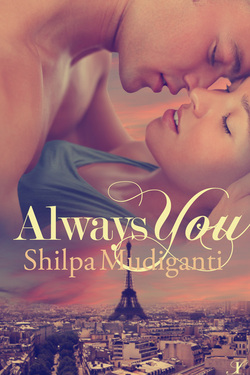 Lyla has to move on. She’s been stuck in a rut since her heart was broken five years ago. Trying to decide about life with her fiancé, Nick, she resolves to finish one last project before moving to Spain and starting a new life. That is until she is face to face with the one man who broke her heart all those years ago, Alexander Knight.

Five years ago, when Alex and Lyla meet at his friend, Andrew's grave, they fall deeply in love. But, Alex is hiding a secret that will destroy his relationship with Lyla and does. What Lyla doesn’t realize is that Alex has changed since their break-up, because of her love, only she still has hate in her heart towards him.
But now, fate has brought them together in such a way that they have no option but to remain dangerously close - dangerous enough for Lyla to fall in love with him again. How can she? Not after what she knows about Alex and what he did to Andrew.
It’s true that love can change people for the better. But is it enough? What will happen when two broken people with a past come together? Can they forgive and heal?
Would you like to own an ecopy of Always You? Please hop over @ Inkspell Publishing website.


Online stores where Always You can be found:

Places where Shilpa Mudiganti can be found: