The first time I read Jamie Carie's The Guardian Duke the first book in the Forgotten Castles series, I fell in love with the characters as well as the world she'd created. So when I heard there was a tour for the second book, I scrambled to get included in this tour. I'm a big fan.

Ms Carie is having a giveaway for this book. The details are at the end of this post.


Tethered by her impulsive promise to marry Lord John Lemon - the path of least resistance - Alexandria Featherstone sets off toward Iceland in search of her parents with a leaden heart. A glimpse of her guardian, the Duke of St. Easton - the path less traveled by - on Dublin’s shore still haunts her.

Will he come after her? Will he drag her back to London, quelling her mission to rescue her treasure-seeking parents, or might he decide to throw caution to the wind and choose Foy Pour Devoir: “Faith for Duty,” the St. Easton motto. The Featherstone motto Valens et Volens: “Willing and Able,” beats in her heart and thrums through her veins. She will find her parents and find their love, no matter the cost.

The powerful yet wing-clipped Duke of St. Easton has never known the challenge that has become his life since hearing his ward’s name. Alexandria Featherstone will be the life or the death of him. Only time and God’s plan will reveal just how much this man can endure for the prize of love. 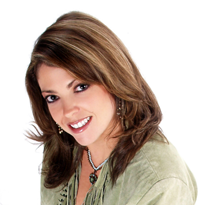 Jamie Carie writes novels about fierce, passionate women; their dreams; their fears; their triumphs. Her deepest desire is to see her readers find that same passion as they follow their destiny and discover deeper intimacy with Jesus.

She lives in Indianapolis with her husband and three sons.

The Forgiven Duke continues where The Guardian Duke left off. Alex is on the ship on the way to Iceland with her now fiancee, John. Thing is, she isn't sure if she did the right thing getting engaged to John, because her mind is still centered on the Duke of Easton, Gabriel. At the end of The Guardian Duke, Gabriel watches as the ship sails away with the woman he has grown to care for. Yeah, that cliffhanger made me want to tear at my hair. But it was a good cliffhanger that made me look forward to this book even more.

Now Alex has arrived in Iceland with her Fiancee, and is off again in search of her parents. As she continues with her search the danger seems to swim around her. On the other side Gabriel who was arrested for disobeying the King's orders in the beginning of this book, is now free and doing investigation of his own, fighting the fact that he is deaf, and worried about Alex, in between he receives letter from her which gives them hope.

Oh my gosh -  I can't say how addictive this series is becoming. I love Alex: she is impulsive,  but I guess that comes from her thinking with her heart more than her mind. She's brave and hasa sense of humour. She'd do anything to find her parents.

This is a 5 star for me, and I'm holding the third book series in my hands - or kindle. And I promise you it's still as fantastic as the first two.

It's here! The official Facebook page for The Forgotten Castles series: facebook.com/ForgottenCastles

The Guardian Duke – February 2012 See the making of the cover and trailer  here!
The Forgiven Duke – Book 2 in The Forgotten Castles series - July 2012

The Paperback giveaway is US/Canada, and will be awarded to one winner.
To check out other blogs participating in this tour, please hop over to Abby Flore's blog who was kind enough to include me in this tour:


a Rafflecopter giveaway
Posted by Cecilia Robert at 20:46